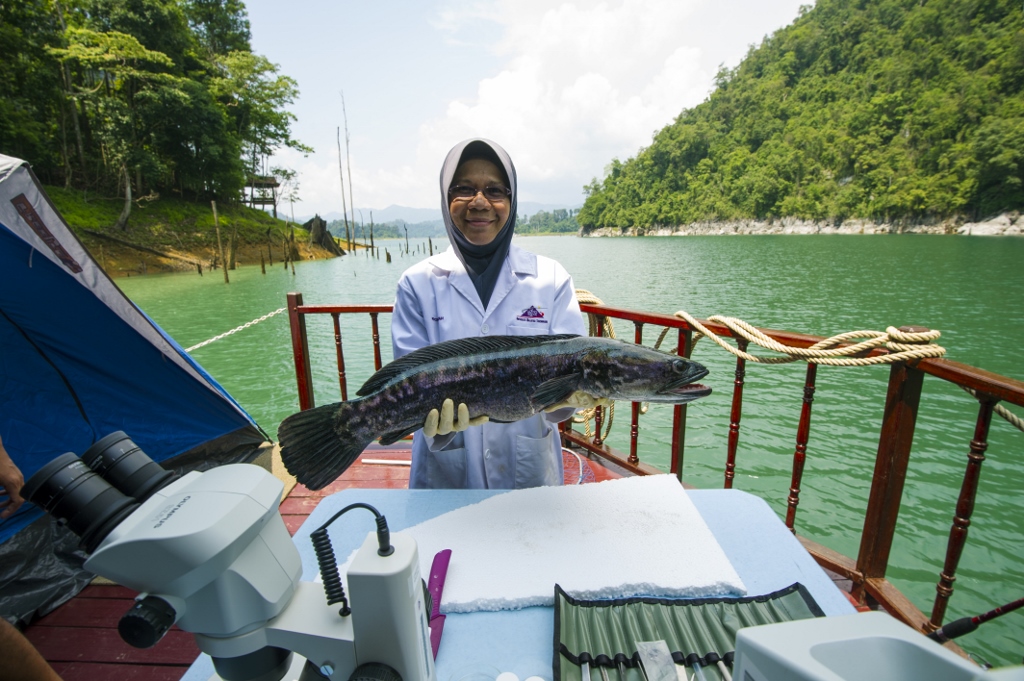 The 2nd Scientific Expedition in Kenyir Lake was carried out from 2-5 September 2014. This time, the study site was focused at the Gua Bewah camp site which is located about a few kilometers away from Tanjong Mentong. A total of 43 researchers were participated,involving the researcher from UMT, UPM, UKM, UNIMAS and the Kuala Terengganu Forest Department. Several scope of studies were gained interest during the expedition namely flora and fauna survey, water and air quality, fish parasite and aquatic insects. 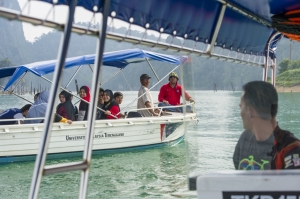 Research of fish parasites as bioindicator from Tanjong Mentong during 1st scientific expedition was continued at Gua Bewah. For this purpose, parasites infested the snakehead (Toman) and ray-finned fish (lampam) were collected for identification and metals bioaccumulation analysis. This research was supervised by the Director of Institute of Kenyir Research (IPK), Prof. Emeritus Faizah Bt Sharoum with the help of her PhD and M.Sc. student. Beside fish parasite study, Prof. Faizah was also supervised the freshwater pearl culture research in Kenyir Lake. For that purposes, several freshwater mussels were collected by her M.Sc. student before the culturing process is executed. 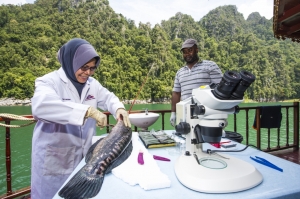 The diversity of flora survey has led by Mr. Salleh Bin Endot and assissted by seven staff from the Kuala Terengganu Forest Department. The aim was to produce a preliminary checklist of vascular and herbplants that thrives at Gua Bewah vicinity.

Meanwhile, small mammal survey specifically the bats, treeshrews, squirrels, rats and other was conducted by Prof. Mohd Tajuddin Bin Abdullah (Director of Center for Kenyir Ecosystems Research-CKER). The survey was assissted by a PhD student and three undergraduate students from UNIMAS. A total of 100 cage traps, two harp traps and 20 mist-nets were employed to capture the animals.

As for avifauna survey, the research was done by Mr. Muhammad Hafiz Bin Sulaiman (Research Officer of IPK) and Mr. Mazrul Aswady Bin Mamat (UMT Laboratory assistant). A number of 20 mist-nets were erected along the trail at Gua Bewah camp site to trapping the birds. Beside avifaunal survey, Mr. Hafiz on behalf of Dr. Chong Ju Lian (PPSMS lecturer) also conducted the survey on moth, fruit-piercing moth and fruit-feeding butterfly, and spider diversity with the helps of two undergraduate students. A single light trap and modified 10 Van Someren-Rydon traps were deployed to sampling the moth and, fruit-piercing moth and fruit-feeding butterfly respectively. The spider survey on the other hand was conducted only in Gua Bewah and the specimens were captured by using sweep net and hand-picking.

Dr. Rozhan Bin Zakaria, a researcher from UPM has led his research group during water quality study at Kenyir Lake. The quality of the water was not only determined by physical parameters, yet also invloving the collection of zooplankton and phytoplankton diversity which will acts as a bioindicators. Apart from the water quality, air quality study was also supervised. The study was led by Dr. Noor Zaitun Bt. Yahaya and assissted by her three postgraduate students from UMT. 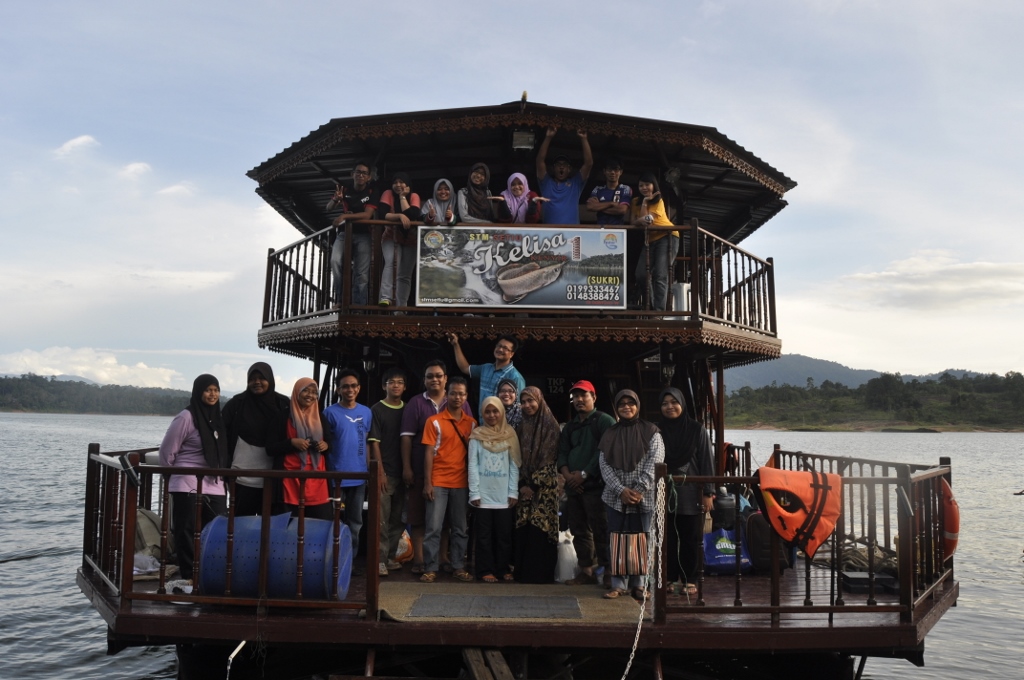