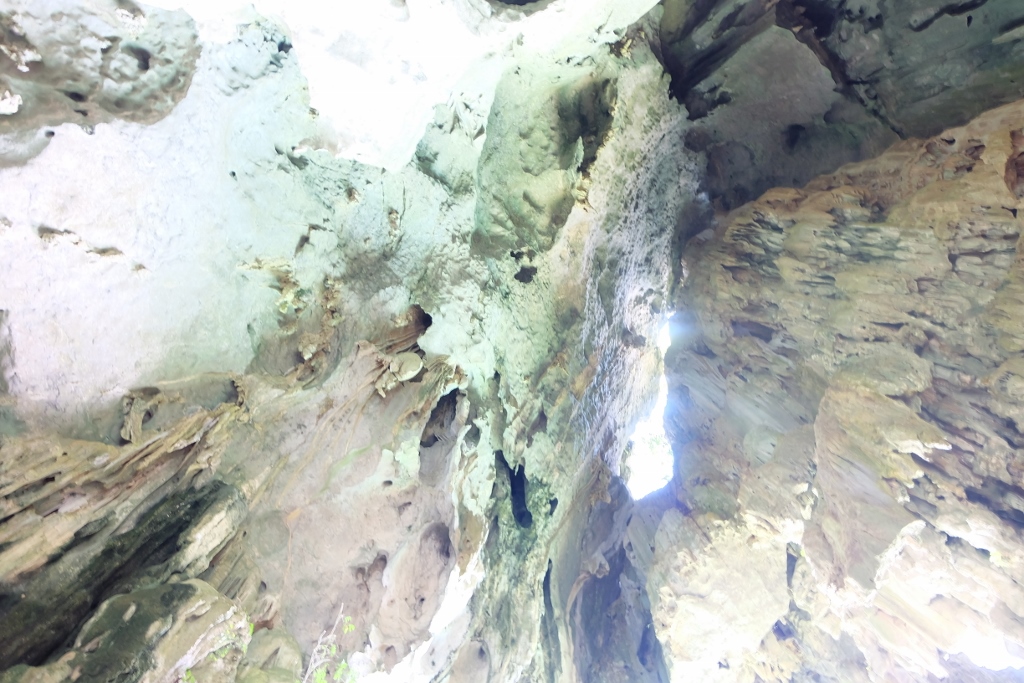 A Geopark is a geographical area where geoheritage sites are part of a holistic concept of protection, education and sustainable development. The synergy between geodiversity, biodiversity and culture must be highlighted as an integral part of each Geopark. It is necessary to also include sites of ecological, archaeological, historical and cultural value within each Geopark. In many societies, natural, cultural and social history is inextricably linked and cannot be separated (UNESCO 2010). 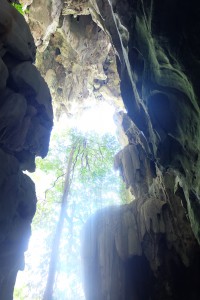 Kenyir Lake is the largest man-made lake in Southeast Asia. It was formed from 15 rivers and has about 340 small islands. With an estimated area of ​​2600 km square, the area surrounded by tropical rain forest contains thousands of thousands of species of flora and fauna. With having extraordinary aesthetic, it is embodied in the form of geological landscapes, scientific records as diverse as the presence of various types of igneous and sedimentary rocks, fossils, primary structures and secondary structures give a very high geoheritage around Bewah Hill that limit the boundaries of the country. Privileges of Bewah Hill, Mount Faithful, Lasir Falls, Falls Saok, Gagau Mountain, Mount Elephant Tarom, mining relics along Chamal Island’s rich biodiversity at Kenyir lake making it as a living museum where visitors have the opportunity to enjoy the beauty of nature as well as recreational activities while gain knowledge related to nature.

The proposed Kenyir Geopark has tremendous potential to increase revenue for the Terengganu government. Based on estimates from a recent economic study in Malaysia, the Terengganu economy may receive a boost of RM61 million/yr if a long-term mechanism is created to collect revenue from the willingness of Malaysian residents in and around Kuala Lumpur to pay for the protection of forests the size of the proposed corridor. Overall, the benefit-cost ratio of protecting the forests in this corridor is 3:1.

The proposed Kenyir Geopark is renowned for its preservation of the remains of Neolithic people in its limestone karst formations. One of the beautiful landscape for the Kenyir Geopark is Bewah Hill and Taat Hill Karst. The landscapes consists of vertical limestone karst topography, pinnacles, rounded peaks, caves (caves speoterm-feature; stalactites, stalagmites, stone curtains, pool). The landscape got fossil diversity with brachiopod, corals, bivalve and Alatochonchidea sp. (giant clam valve). For Archaeology, it stated the first human settlements in Terengganu (Mesolithic, 14,000 years). The other Geopark location is the mining heritage of Chamal Island. The former mine Camal Island is strategically located on the route for the boat to Biwah Hill and Taat Hill. If developed, this place has the potential to be exploited as tourist attractions come to learn and see the greatness of mineral heritage. For scientific aspects the location contains minerals barite and structural geology. There is landscape scenic of Lasir / Saok Waterfall. Lasir / Saok Waterfall showed evidence of magma composition of granite intrusive events which happened in the end Triassic around 220 million years of sedimentary rocks older. The aspects are beautiful landscape and scientific (border Igneous rock and sediment). Gagau Mountain will be one of the geoforest park. Gagau Mountain is on the border three states of Kelantan, Pahang and Terengganu. Walkway between Kuala Chincir and Mount Gagau found numerous rock outcrops in various lithological units. Among these are the rocks ocean sediments Permian (250-290 million years) and terrestrial sedimentary rocks of the Jura-Cretaceous age (100-180 million years).

Apart from this geological wonder, the rainforests in Kenyir are extremely biodiverse. Researchers from the Kenyir Research Institute have documented at least 53 mammal species in Kenyir to date – around a quarter of Peninsular Malaysia’s total mammal richness. This species list includes 18 IUCN threatened mammal species such as the endangered Asian elephant (Elephas maximus), Malayan Tiger (Panthera tigris jacksoni) and Asian tapir (Tapirus indicus). Six out of 8 of Peninsular Malaysia’s wildcat species can also be found in Kenyir. Also, at least 290 bird species have been documented in Kenyir, including 9 out 10 of Peninsular Malaysia’s hornbill species, and the world’s fastest bird, the peregrine falcon. Unfortunately, almost a quarter of the total, or 66 bird species, are threatened. Finally, two species of the world’ largest flower, the Rafflesia, can be found in this proposed Geopark.

Ultimately, the proposed Kenyir Geopark contains a large proportion of Malaysia’s geological, natural and cultural heritage that must be protected for future generations. This research program aims to not only better understand Terengganu’s geological, natural and cultural heritage, but also to provide knowledge that promotes sustainable use of its resources to reduce economic, educational and livelihood disparities of poor rural communities of Malays and Orang Asli. This research could be used a national or regional model to empower hard poor communities living in resource rich areas to minimise socio-economic inequalities.

Read all posts by mohd.tajuddin