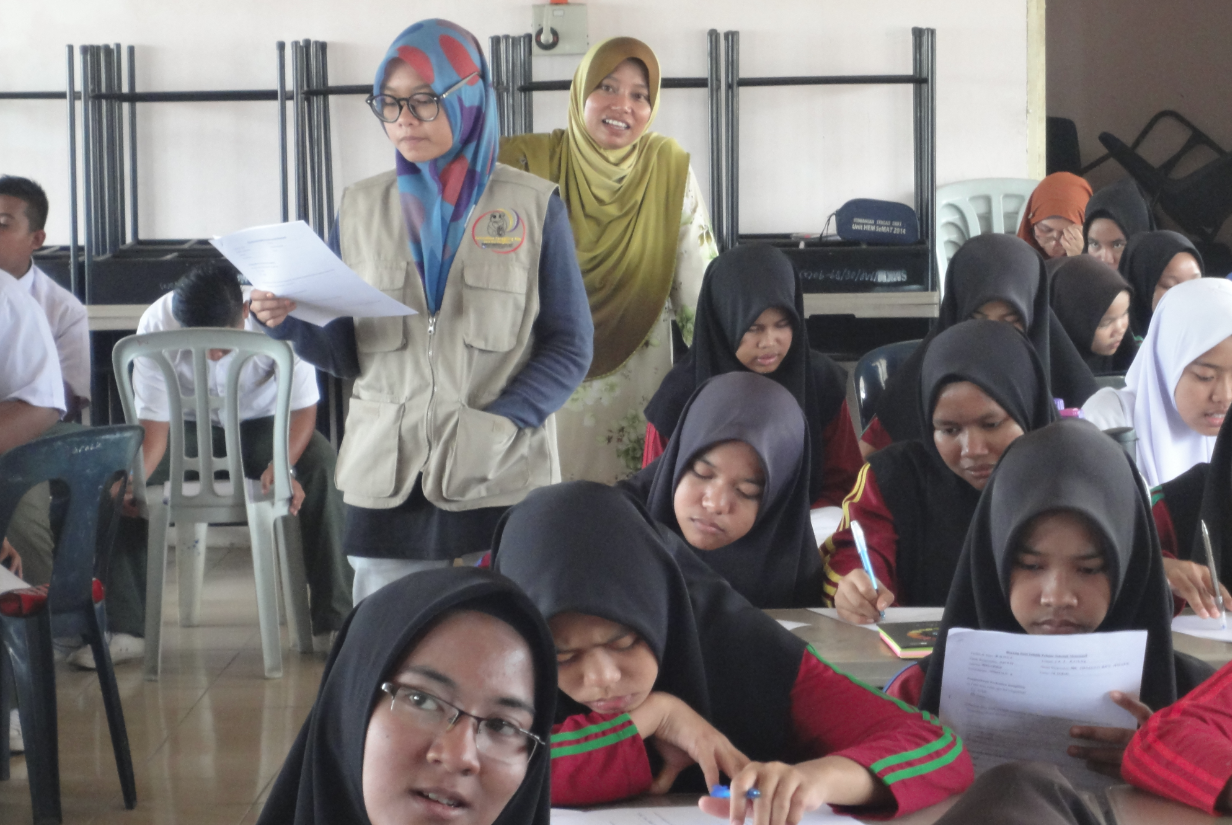 A questionnaire survey among secondary school students was conducted at Sekolah Menengah Kebangsaan Matang, Hulu Terengganu on 18 April 2016 (Monday). The study lasted for 1 hour, starting at 10.30 am and ended at 11.30 am. The questionnaire study consisted of students from form 4 only. The study was conducted by four researchers from Universiti Malaysia Terengganu (UMT); Dr. Chong Ju Lian, Saw Wei Ling, Nor Diyana Tajariffin and Muhammad Hafiz Sulaiman. 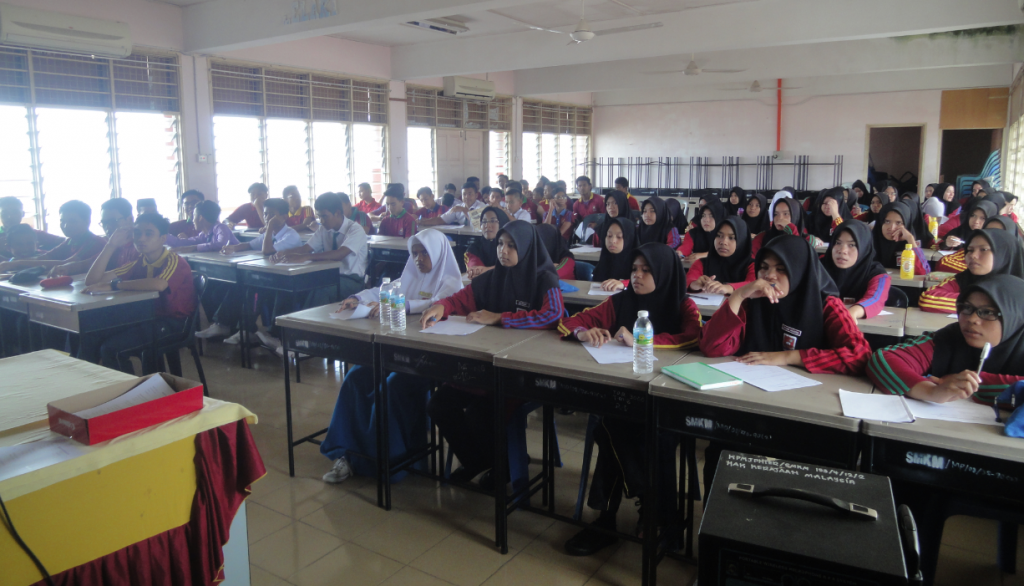 Students listening to the explanation given before answering the questionnaire. 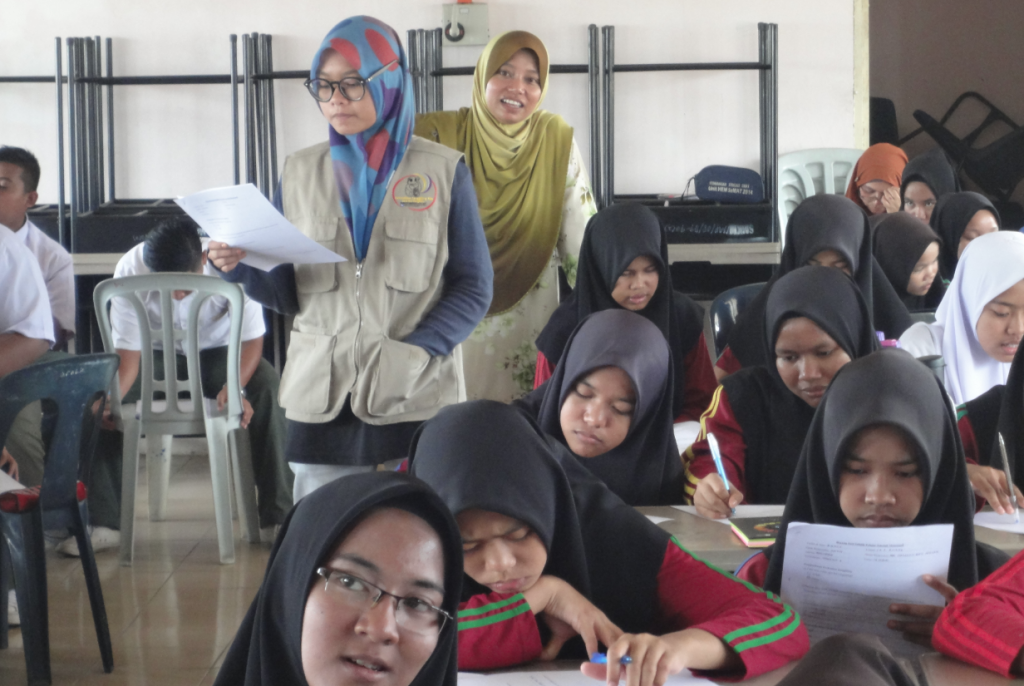 Ms. Nor Diyana and Madame Maznita monitor the students involved in the questionnaire. 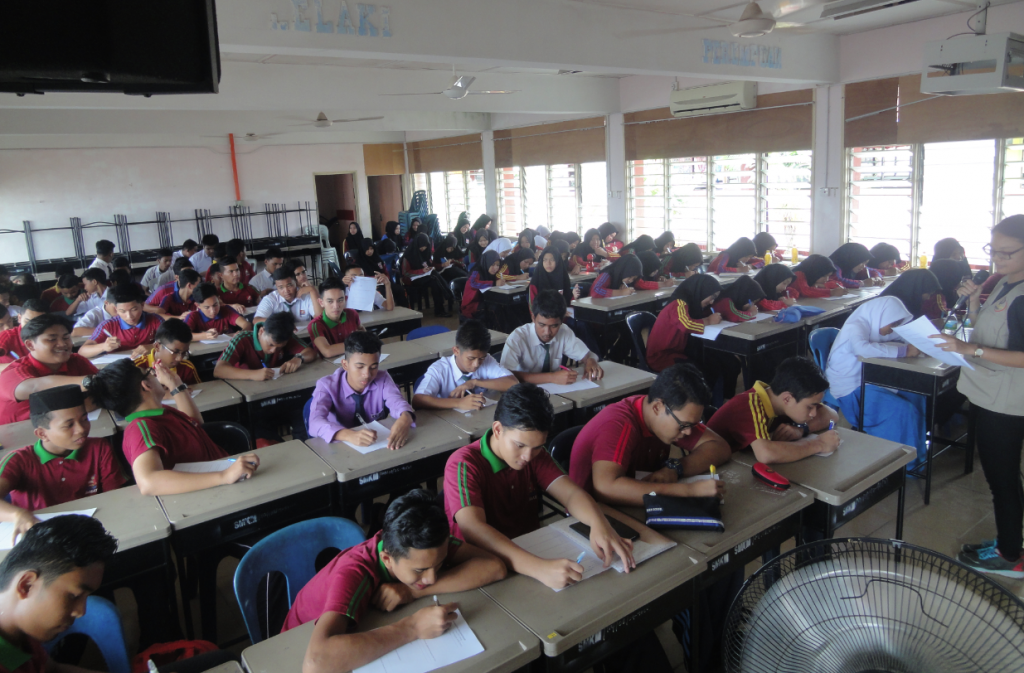 Ms. Saw Wei Ling explains and briefings the questionnaires to the students.