The large freshwater bivalves belong to the order Unionidae also known as naiades, pearly mussels and clams, which is a type of mollusca with a body that is almost completely enclosed between a pair of shells, are soft-bodied, non-segmented invertebrates, and a muscular foot. The shell is composed three layer which are the outside of each valve is covered with material called periostracum that gives the shell its color, a middle rough calcareous layer called prismatic layer, and the inside of each valve is lined with a smooth mother-of-pearl called nacre (Nichols, 1999).

Pearls are an important material used in traditional Chinese medicine and some cosmetics. China currently produces 99% of the world’s total production of pearls. Thailand, Bangladesh, India, Indonesia also have a high potential for freshwater pearl culturing. Freshwater pearls are commonly cultured using the mantle –grown method without adding bead. Pieces of mantle tissue are transplanted into the mantle of recipient mussels from young donor mussels. The mantle of the recipient can take up to 25 tissue grafts into every wing of the shell, which is why mantle grown freshwater pearls are so numerous and also so inexpensive. 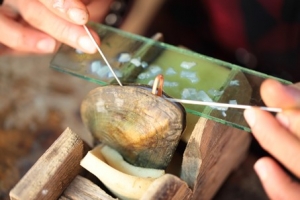 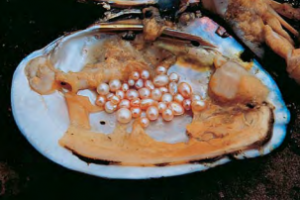 Figure 3: These pearls range in size from 12-14mm they are an example of where china stands right now as far as their new and improved larger bead nucleated pearls.

The present study is under way in Kenyir Lake, Malaysia.